Frequenters of the heralded music blog Aquarium Drunkard may have just noticed Josh Neas’ review of our new record! Thanks to Josh for the kind words, everyone should give it a read here.

We’re stoked to be playing Phuzz Phest 2012 on April 5 with fellow NC shredders Naked Gods as well as K-Records’ own The Curious Mystery, on tour with Calvin Johnson’s The Hive Dwellers from Olympia, Washington. Check out the incredible poster above designed by Brittany Rudd, and check out the Facebook event here.

Can’t wait to get a physical copy at The Garage on Saturday? Our new record Driver is now available as a digital download on our bandcamp page, located here. Drive on…. 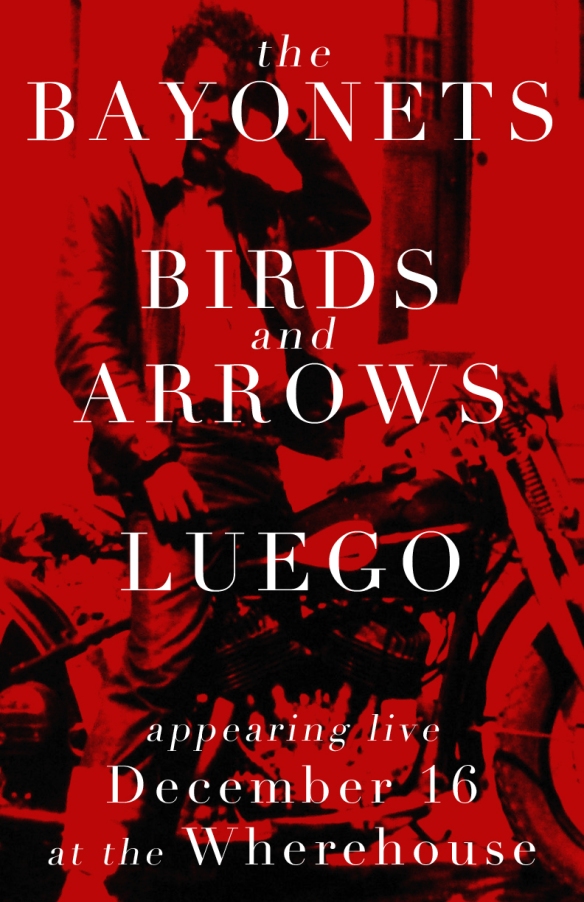 thanks to matt taylor from airtype for the sweet poster!

FEBRUARY 19, 2011 – Though recorded with professional equipment by capable engineers, it would be a stretch to call The West Salem Session a “studio” EP. Recorded live on a chilly Sunday afternoon in January 2011, with bassist Kyle’s modest living room temporarily transformed into a crowded recording space, The West Salem Session and the circumstances surrounding it are a far-cry from those of the critically-acclaimed Snake River Canyon, the ambitious album recorded just a year earlier at the prestigious Echo Mountain Recording Studio in Asheville.

At the time of this recording, the track listing had yet to be finalized; only the purpose of the session had been decided. The band were to perform altered, stripped-down versions of songs from their three-album catalog, and a few new ones if time allowed. The result is what you hear: no overdubs, no instrument isolation, no reverb (well, maybe a little bit of reverb)- just the raw, organic sound of five musicians performing their songs in a room together, drums, amplifiers, acoustic guitar and all. Imperfections abound; amps buzz, the snare rattles from time to time, and Caleb fights through a cold to deliver his vocal lines without the safety net of “re-doing it later” upon which to rely. Yet therein lies the value of this recording. Naked, bare and unpolished, these 5 songs are an authentic and honest representation of the music this band has created, tranquil as these versions may be. If Snake River Canyon found its sonic stride in vast landscapes and mountaintops, The West Salem Session places its songs in the modest serenity of the foothills, stripping the tunes of their boldness to reveal certain vulnerability and vitality.

It’s not hard to hear echos of Springsteen’s Nebraska in Caleb’s harmonica during the opening moments of “Heat Lightnin’ Heat,” or the pastoral folk vibes of Neil Young’s Harvest in the new tunes, the lyrically grand narrative “The Storm, Your Beauty and Me” and the slow heartbreaker “12 Dead Roses.” And while the band have been performing a more lush incarnation of the pensively nostalgic “Red Bank Road” for more than a year, this version is the first time it’s been heard in a setting other than live shows.

Additionally, aside from a recent duet with Caitlin Cary, this session is the first time new additions lead guitarist Philip Pledger and multi-instrumentalist Sam Kossler have both appeared on a Bayonets record, and their contributions in the realm of reinterpreting and re-imagining the EP’s three older songs alone are worth a listen.

With more than a dozen new songs penned, the band are poised to turn both a mental and musical corner in the recording of their next full-length LP in the coming months. Even at this stage in the creative process, the newest songs have taken on a decidedly more modern approach in contrast to the alt-country beginnings with which the Bayonets had become synonymous. This short live EP, when looked back upon, may well serve as a place-holder, a documentation of the past chapters in Bayonets history coupled with anticipation of the new ones to be written. We hope you enjoy The West Salem Session, not for any of the things it’s not, but for all of the rewarding things that it is.

“I Don’t Think Heaven Would Take Us (If It Couldn’t Have Us Both)” featuring Caitlin Cary!

FEBRUARY 1, 2011 – Just in time for Valentine’s Day, Caleb Caudle & the Bayonets have released “I Don’t Think Heaven Would Take Us (If It Couldn’t Have Us Both),” a brand new duet featuring special guest Caitlin Cary (Small Ponds, Tres Chicas, Whiskeytown) on vocals. Click the above image to take a listen and download!

Recorded at Desolation Row Studio in Raleigh, NC in August 2010, “I Don’t Think Heaven Would Take Us (If It Couldn’t Have Us Both)” finds Caudle and company – bassist Kyle Caudle, guitarist Philip Pledger, drummer Chad Newsom and new Bayonet multi-instrumentalist Sam Kossler – tapping into the same airy, spacious feel of tracks like “Weightless” and “Skeleton Tree” off Snake River Canyon, their critically acclaimed album released in May 2010.

“I first met Caitlin backstage after a Thad Cockrell show around ‘05,” Caudle recalls. “Like many others,I was introduced to her talents through Whiskeytown, but I really fell in love with Caitlin’s vocal performances on that Begonias record she did with Thad. When I was writing this song, I knew I wanted to get a female voice to sing with me and felt she’d be perfect for it. I was right.”

“I Don’t Think Heaven Would Take Us (If It Couldn’t Have Us Both)” is the first release in what will be a busy month for the Bayonets. Last week, the band unveiled their new website, http://www.thebayonetwork.com. Designed by Pledger, the new site provides fans a direct link to the band as well as instant access to the group’s tour dates, music, short films and lyrics.

This isn’t to say that the Bayonets have turned their back on rock ‘n roll. Expanding on the vibe of Snake River Canyon, Caudle and the band have penned more than 15 songs for a new album that they plan to begin recording in the spring.

“I feel like this lineup is the band that I was meant to play with,” Caudle says. “Snake River Canyon set the ball rolling, and with Philip and Sam on board now, we’re picking up steam and writing some incredible songs together. I can’t wait to get back in the studio so we can share it with our fans.”

For more info on Caleb Caudle & the Bayonets, visit www.thebayonetwork.com.

For more info on the marvelous Caitlin Cary, visit www.thesmallponds.com.

The Bayonets
Blog at WordPress.com.